How to change the SAP Supplementation Language

You might have noticed that, once you have set the supplementation language in SAP after the language Installation via SMLT, it is not possible to change this setting again. The dropbox is greyed out and no change is possible. You actually do get a message saying exactly this when you install and set the language.

Some time later, when you have fully understood the concept behind running a multi-lingual SAP system, and your System landscape has changed and grown, it might be that changing the supplementation language is required.

Here, the supplementation language had initially been set to DE, German. 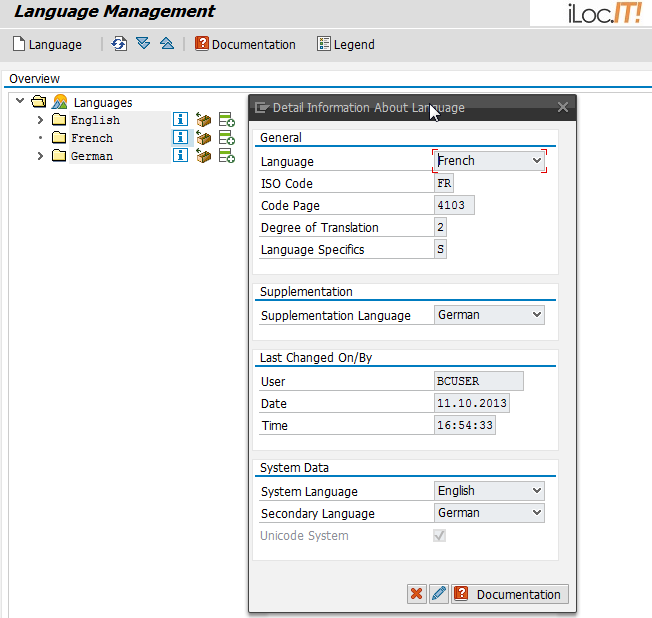 In cases where no supplementation has been performed yet, it is possible to change the setting with a SQL statement directly executed against the database table T002C:

A simple report will do: 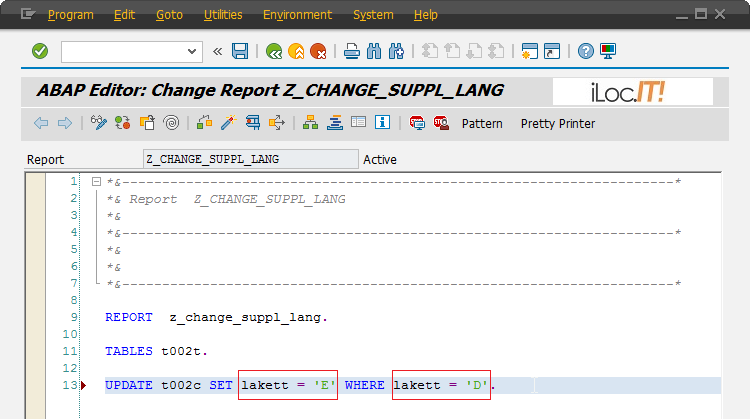 As a result, the supplementation language for French was changed from DE (German) to EN (English): 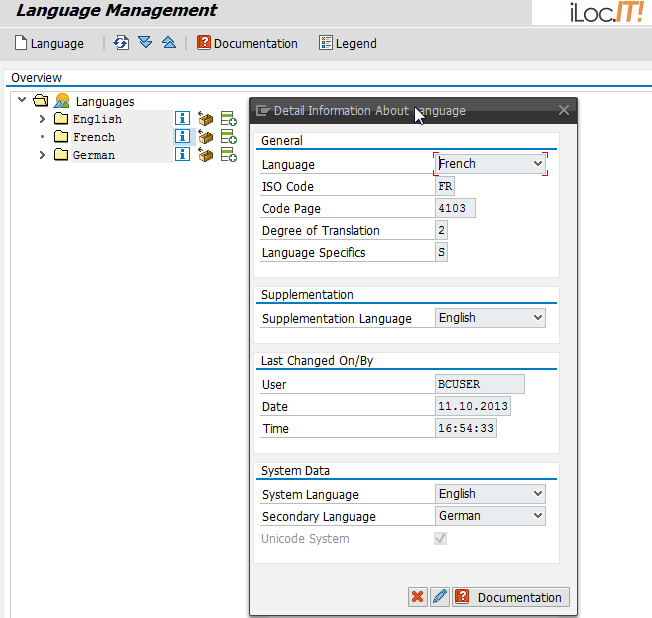 Please consult your SAP Support contact to get Details!